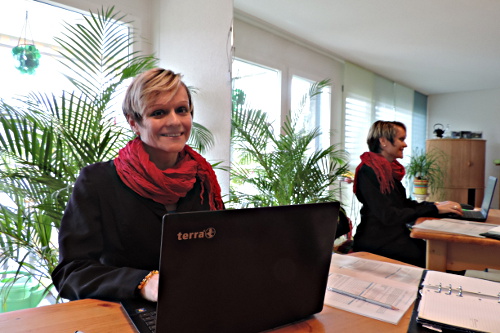 I moved to the region of Osnabrueck

Commercial training at business school and in an industrial company: Degree taken in association with the German Chamber of Trade and Commerce

Inlingua Language School, Osnabrueck: Educational studies and preparation for the commercial correspondents exam (German title Fremdsprachenkauffrau Englisch). Degree in association with Inlingua and the German Chamber of Trade and Commerce

Educational Studies and preparation for the translator's exam (German title Übersetzerin Englisch). Degree taken in association with the German Chamber of Trade and Commerce

I moved to Switzerland, to the canton of St. Gallen

Work as an English and German teacher of all Cambridge and Goethe levels at business and language schools.
Regular sideline translations of texts at all levels and topics

I moved to the canton of Bern

Language Tutor, Translator and Interpretator English & German (all ALTE, Cambridge, IELTS, Goethe and other institutions'/authorities' language levels) as well as all related office work as a Consultant/Manager for all tasks concerning the above-mentioned functions

Consular Assistant at the British Embassy in Bern

British Council Bern and Berner Fachhochschule BFH: Registered freelance exams supervisor for IELTS and other English exams at all levels